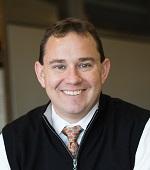 Dr. Michael E. Webber is based in Paris, France where he serves as the Chief Science and Technology Officer at ENGIE, a global energy & infrastructure services company. Webber is also the Josey Centennial Professor in Energy Resources, Author, and Professor of Mechanical Engineering, at the University of Texas at Austin where he trains the next generation of energy leaders through research and education at the convergence of engineering, policy, and commercialization.  His first book, Thirst for Power: Energy, Water and Human Survival, which addresses the connection between earth’s most valuable resources and offers a hopeful approach toward a sustainable future, is receiving wide praise.  His upcoming book Power Trip: the Story of Energy will be published May 7, 2019 with a 6-part companion series on PBS shortly afterwards.  He was selected as a Fellow of ASME and as a member of the 4th class of the Presidential Leadership Scholars, which is a leadership training program organized by Presidents George W. Bush and William J. Clinton. Webber has authored more than 400 publications, holds 6 patents, and serves on the advisory board for Scientific American. A successful entrepreneur, Webber was one of three founders in 2015 for an educational technology startup, DISCO Learning Media, which was acquired in 2018 by Probility Media. Webber holds a B.S. and B.A. from UT Austin, and M.S. and Ph.D. in mechanical engineering from Stanford.  He was honored as an American Fellow of the German Marshall Fund and an AT&T Industrial Ecology Fellow on four separate occasions by the University of Texas for exceptional teaching.